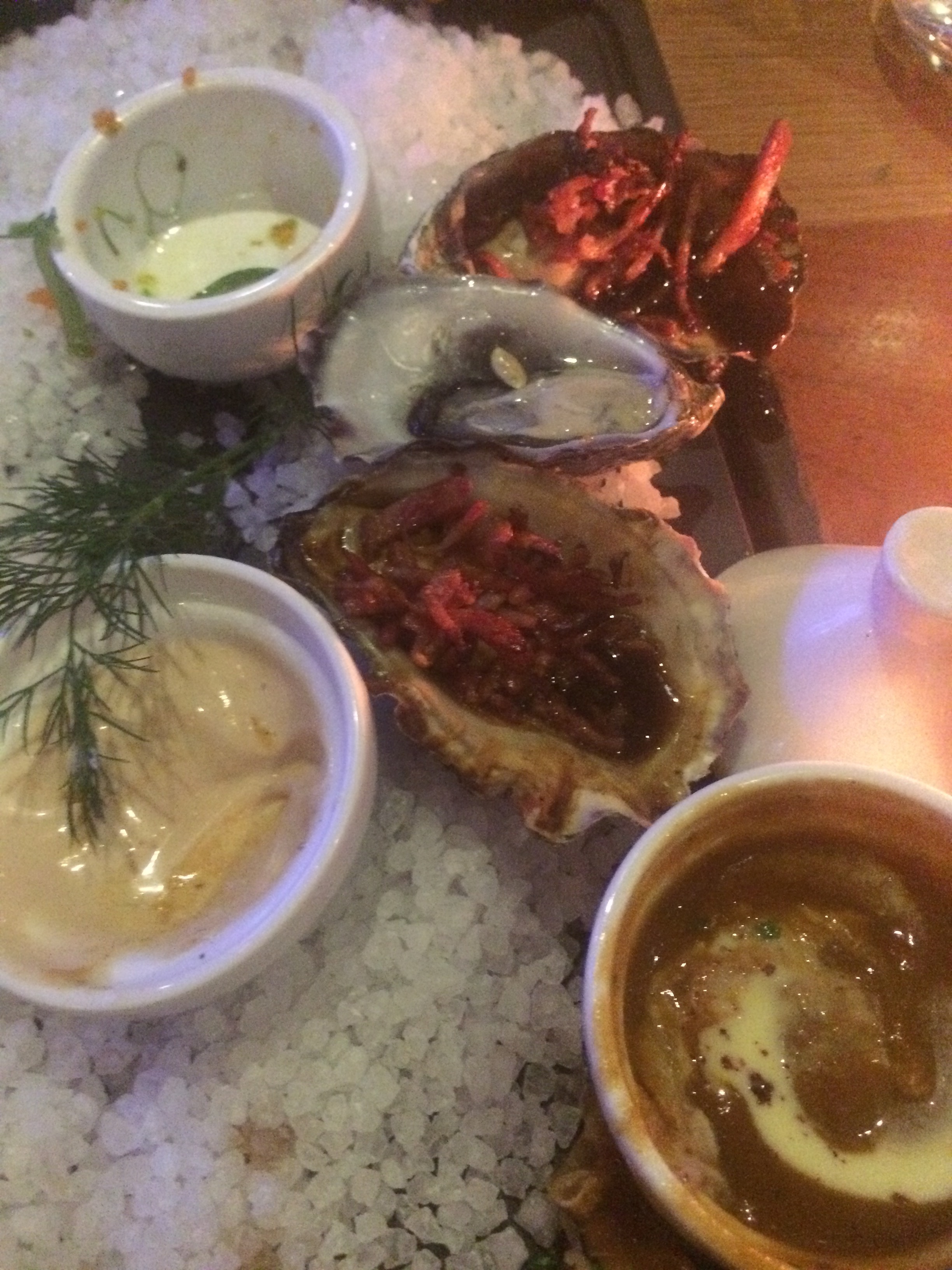 I’ve been pretty absent lately huh? Exams kind of got in the way and I haven’t had much of a chance to update in the last month or so. But as my last exam is Spanish in a couple of days (which I am definitely procrastinating for) I’ll be getting back into posting more regularly as outside of work I will have a heap of time on my hands to write.

This food review is from a restaurant I ate in a while ago- so enjoy!

The Lobster Cave, while located well out of the city in beachside Beaumaris has a reputation that proceeds itself. Our waiter, who I think was the maitre de got a bit excited telling us about how busy this place is. They get literally hundreds of people come through their door every week- in fact some weeks it might even reach the thousand mark. He said on most Sundays they receive over 300 sittings and they were booked out on Sundays all the way to Christmas. Not sure how true those statistics are, but the place was certainly busy enough for a Wednesday night when we were there.

Just a caveat- this restaurant is super expensive. It’s not for the budget traveller or a lowly student such as myself. I only benefitted from this beautiful dinner because my godparents decided to take me there for my 21st birthday dinner (I’m a lucky girl I know).

Firstly, this place is all class. The kind of class where the waiter is constantly refilling your water, bottle of wine etc. I absolutely loved the decor as well, big comfy cushioned seats, a fish tank and even some sand paintings of the sea that really set the atmosphere.

We decided to order a seafood platter between us- they are usually for 2 but we were able to upgrade it for 3 although I’m not even sure we needed that much food as we didn’t come very close to even finishing what we had.

One of the reasons my godmother decided to take me here is that I have a bit of an obsession with seafood. You know that question where someone asks ‘if you had to pick one food/food group to eat for the rest of your life what would it be’- for me the answer has always been seafood. And the top of my seafood list is oysters. I’m totally in love with them and thus we did order a bit of an entree of oysters to devour while we waited for our seafood platter.

They do oysters three way but I’m a bit of traditionalist- you can’t go past the mixture of natural oysters and oysters kilpatrick (oysters grilled with worcestershire sauce and bacon). The oysters were really fresh and as such full of flavour- nothing like the ones I’m used to eating at my local pub.

We had to wait a very long time between entree and main- and when our seafood platter came out, although spectacular it clearly wasn’t the one we had ordered- in fact I doubt it was any of the platters on the menu. Between the delay and the different platter we guessed that they had probably run out of some seafood, having more people come than expected. None of us had a problem with it but it perhaps would have been nice for them to at least mention it to us, rather than try to get away with it by plying our table with extra salt and pepper squid and a free round of drinks.

However I wasn’t going to be disappointed in our platter, because it was magnificent. For a seafood lover such as myself it wasn’t pretty much the best meal I have ever laid my eyes on, and with the exception of a lobster I had a couple of years back, one of the best meals I have had as well.

The salt and pepper squid was cooked perfectly- just the right amount of flavour and none of that bad rubbery texture. We got three types of fish- some were crumbed but the best were those ones on that top that had been lightly covered with flour and grilled. It was so crispy and so tasty! The prawns were also yummy, as was the paella type rice with salmon in it that came out as a side to our platter.

And we also got some more of those delicious oysters! Probably the only disappointment was the scallops- probably because last time I had them we had got them pretty much straight off the boat back near my home town and I don’t think much could beat those. The highlight for me was probably what many call the poor mans seafood- the mussels sitting on the top. They were cooked in this yummy tomato sauce and reminded of all the mussels I ate while on exchange in France. Let’s just say I may have polished the whole plate off.

This platter was huge and we all left very very full and very very satisfied. While probably not in most of my readers budgets I would definitely recommend this place for beautiful seafood for that special occasion when a massive splurge seems acceptable!