A Day in Trier, Germany 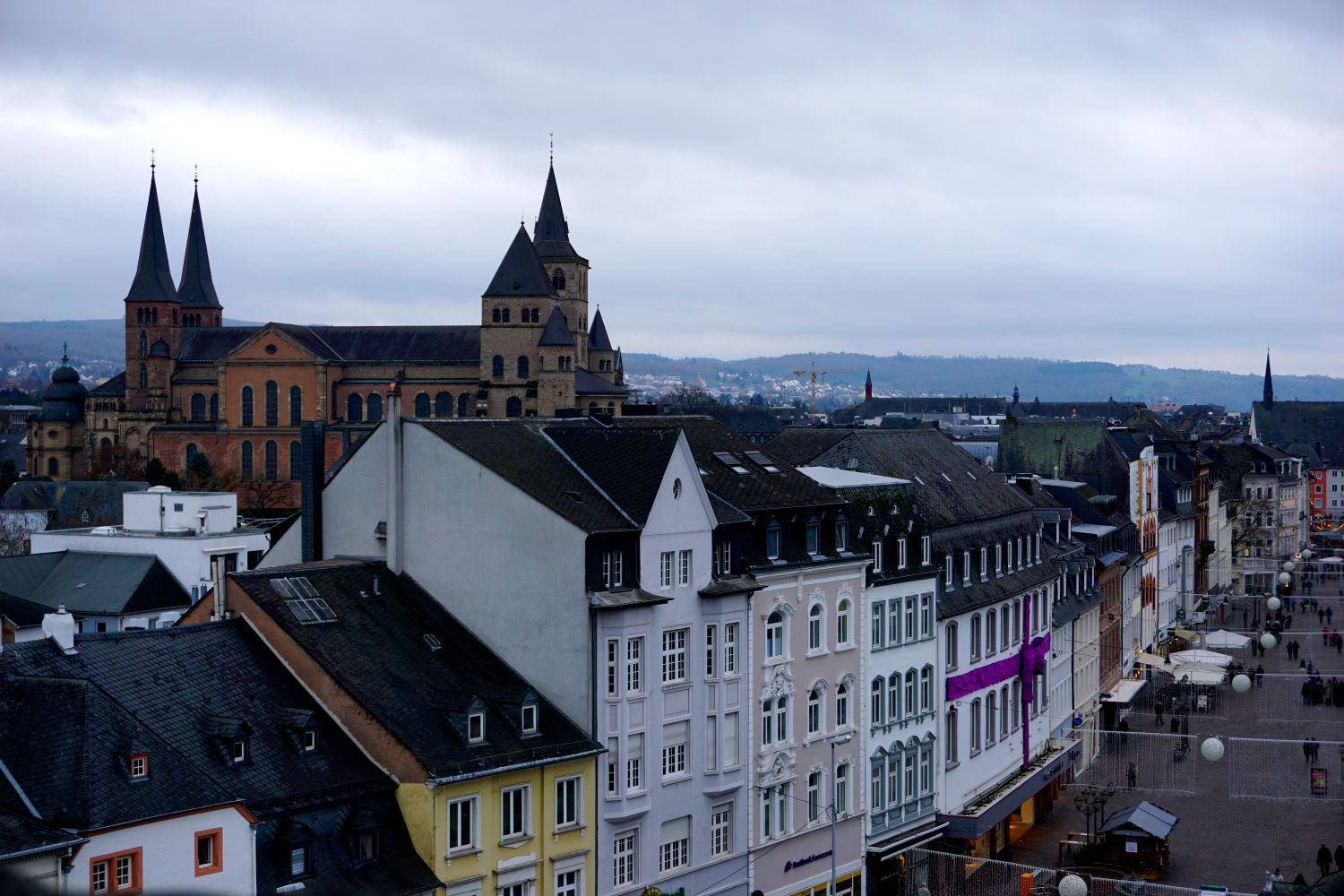 Trier was my fifth and final stop on my journey from Munich to Cologne.

At this stage I was getting a little sick of having to pack up my bags and move every night and I was very much looking forward to five whole days in Amsterdam without having to worry about the stress of waking up for a train the next morning.

In my original plans I really wanted to visit both the city of Trier and the city of Koblenz, but when I finally realised I was trying to squeeze far too many cities in, I decided to stick with Trier. Although I can’t speak for Koblenz I definitely loved exploring the city of Trier.

The first thing I noticed about Trier is how very different it is to anywhere else I had been in Germany. In a country that prides itself on its extensive railway system, Trier is one of the most disconnected train stations in the country.

Or so my couchsurfing host told me and he would know considering he works for DB Bahn. It’s apparently easier and quicker to get to Paris and Luxembourg from Trier than it is to get to Frankfurt.

What this means is that Trier has a very foreign atmosphere to it. I didn’t really even feel like I was in Germany. It’s a strange melting pot of cultures- French and German at the same time. And I suppose a bit of Luxembourg in there as well!

Unlike the old cities of Regensburg and Bamberg, Trier isn’t UNESCO listed because of its old town with its quintessential German architecture and buildings. Instead Trier is inscribed on the list because it is home to some amazing examples of Roman ruins.

Any visit to Trier wouldn’t be complete without touring it’s ruins, and the best way to do that is with the Trier Premium Antiquity Card. If you are going to visit all of the ruins then this card will save you some money on the entrance fees. If you have access to a car it also gives you free entry to some ruins and sights located a little bit outside of Trier; the Roman villa Otrang and the hermit’s cell in Kastel (unfortunately I didn’t have time to visit these).

The Porta Nigra in Trier

I picked up my Antiquity Card at Trier’s most famous monument; the Porta Nigra. The Porta Nigra is extremely old, with parts of the structure including the foundations dating back to 186 AD! It was even converted into a church in Medieval times.

Whilst you can see the Porta Nigra for free from the outside, you have to pay to walk up and explore the ruin itself.

To be perfectly honest, if you are on a tight budget than paying the entrance fee to see the ugliest part of the building might not be worth it. The best view of the Porta Nigra is after all from the street. But I highly enjoyed exploring inside the monument, not to mention the fact that I got amazing views of the old town of Trier from the top of the Porta Nigra.

Porta Nigra might be Trier’s most popular site but I actually preferred my visit to the other ruins; the Roman Amphitheatre and the Roman baths. Unlike the Porta Nigra, these aren’t located directly in the centre but about a 15-20 minute walk away from the old town.

The Roman Amphitheatre in Trier

My first stop was the Roman amphitheatre. To be sure, this amphitheatre isn’t the Colosseum but it’s very unique in it’s own right. The highlight of my visit to this sight wasn’t standing in the arena but actually walking through the maze of tunnels that extend outside and below the arena.

You can even go down to where the gladiators would have been kept and prepared before their fights. It’s dark, spooky and there are ramps in place because it’s always flooded but it was a very cool experience.

The Roman Baths in Trier

But nothing rivals the tunnels of the Roman Baths in Trier. Whilst it is only a five-minute walk down the hill from the Roman amphitheatre (and on your back into town), I almost didn’t visit it as much of the tops of the ruins were covered in scaffolding. But when I got inside I realised that the highlight of these Baths wasn’t on top of the ground but below it.

The Roman Baths in Trier were never actually completed but the hallways and tunnels were all built before work was stopped. There are so many hidden tunnels and pathways to get lost in. It’s one of the rare times I wished for a travel buddy because an old fashioned game of hide and seek would have been awesome!

After the Roman ruins I decided to visit the last two monuments that make up the World Heritage Site of Trier; the Cathedral of St Peter and the Church of Our Lady.

At this point of my trip I had a pretty bad case of what some travellers call ‘cathedral fatigue’. In Europe there are so many spectacular churches to visit but after a while you visit so many that they all start to blur into one. The same thing happens with travellers in Asia with temples, and travellers in Central America with native ruins.

Hence for me the church and the connecting chapel were beautiful but I probably would have appreciated them a little more if Trier was my first stop in Europe. Regardless entrance to both of these places is absolutely free so you shouldn’t be deterred from visiting them at all.

Where to Stay in Trier?

If you are a budget traveller or are just looking to make some friends, I’d recommend staying at a hostel. I couchsurfed in Trier so don’t have a personal recommendation for the town.


After I waved goodbye to my host and headed off to Cologne, my first big city after Munich, I couldn’t help but feel a bit apprehensive about leaving my cozy travel bubble of small German towns.

The more I travel the more I realise that if I was just visiting cities I would go absolutely crazy. I love breaking up my trip by heading to smaller destinations; they are easier to navigate, they provide an opportunity to stop rushing and just relax and for the most part they offer somewhat of an escape from the crowds of the major European cities.

On a shorter trip you might not have time to explore as many small towns as I have but I would absolutely recommend adding at least one to your next trip to Europe!