An Update On My Travel Plans 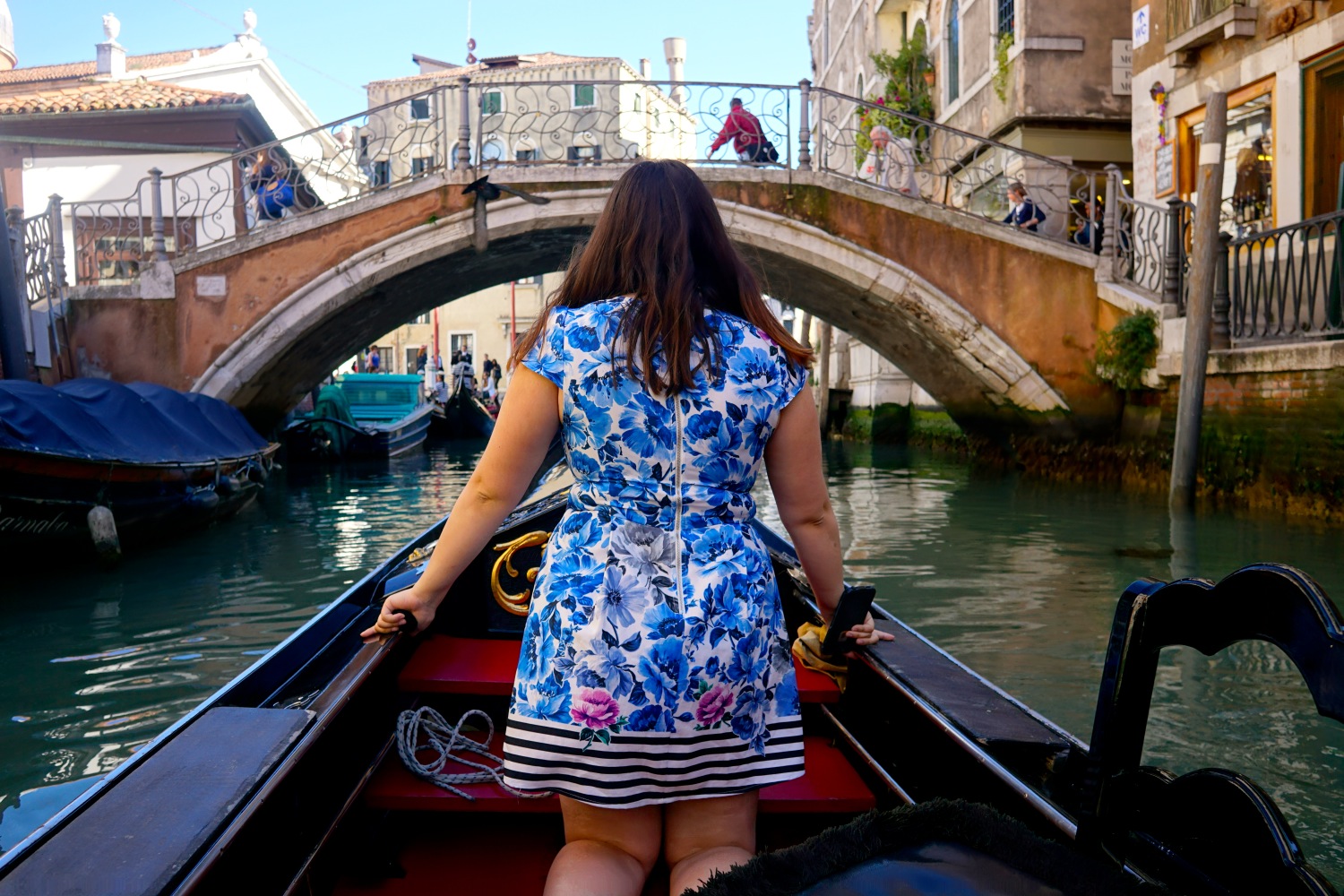 A month before I first left Australia I wrote a post about my rough plan for 15 months of travel. About a week after publishing that post my plans changed a lot. For example if you have been following along you’ll realise that I finished Copenhagen and Norway in March, instead of touring Ireland and Scotland as I had originally planned.

My plans have changed for a number of reasons; because I wanted to try for some better weather (the reason I moved Ireland and Scotland), because I wanted to match up to do some travel with friends or family, and because I realised that it might be worth slowing down in some places and taking a few places off my list so I don’t feel too rushed.

Hence I thought it was time for a little update on my new rough plans. These plans are a little less rough than my last post, as I’ve actually already booked a little bit of this, at least where I’m not travelling solo.

I’m currently in Chester in the UK visiting family. The reason I couldn’t write this post sooner was that I actually just surprised my Nan who was visiting. She had no idea I was also coming to visit! And she reads my blog so posting my plans would have ruined the surprise!

I’m here for the next week while I get some of my final assignments done from my time spent studying in Italy.

From Chester I’m flying into Zadar to begin a 10 day trip through Croatia. I’ll be visiting the Plitvice Lakes, Split, the island of Hvar, the island of Korcula and Dubrovnik before I head to Montenegro to spend a bit of time in Kotor. I’ll then work my way quickly overland through Albania to Greece where I’ll once again catch up with my grandmother. The last week of June will be spent with her visiting Athens, Delphi and Metereoa and the island of Chios (where my other grandmother was born).

July- Greece and the United Kingdom

After saying goodbye to my Nan, I’ll catch up with a friend who I’ll be island hopping through Greece with. We have time booked in Mykonos, Paros, Naxos, Milos, Santorini and Ios. My sister, her boyfriend and most likely my Austrian friends will also be joining us in Ios before I return to Santorini with them.

After my sister flies back to Australia I’ll hop on a flight to London just in time to catch Harry Potter and the Cursed Child on the Westend. Getting these tickets was one of the big catalysts for me finally deciding to move Scotland and Ireland around in my plans.

On the 29th of July I fly to Dublin where I’ll spend a day or two exploring before beginning an 11 day tour of Ireland with Paddywagon Tours. Ireland has been at the top of my list for as long as I remember and I can’t wait to take the independent travel hat off for a little while and hop on a tour.

Immediately after my tour of Ireland finishes I’ll catch a flight to Edinburgh . In Scotland I plan to spend a day or two exploring Edinburgh before I jump onto another 10 day tour, this one with Haggis Adventures. After the tour, my grandfather (who will be visiting my Aunt and Uncle in Chester) and my aunt will meet me in Edinburgh so we can spend a couple of days at the Fringe Festival. I’ll then head back with them to Chester for a couple of days of R & R. I’ll then fly out with Grandpa to Krakow where we’ll spend the last three days of August.

My grandpa will still be with me for the first week of September as we travel through Prague, Cesky Krumlov and Berlin . We’ll then head to the airport together so he can head back to Australia while I’ll board a flight to Turkey. I’d originally planned to make my way down from Germany to Turkey overland but made the decision to fly directly to Turkey in order to be able to travel around my friend. I love solo travel but Turkey is one of those countries where I’d feel more comfortable with a travelling companion, or two as it is in this case. The three of us will spend almost three weeks exploring Turkey including Istanbul , Cappadocia, Fethiye and Gallipoli. I’ll finish the month by finally putting the solo travel hat on again for a visit to Bulgaria and Romania.

I’ll start the month with an extra week of exploring Romania before heading to Belgrade and then onto Sarajevo. These two cities weren’t in my original plans but after hearing many amazing things from my friends I decided to add them to my itinerary. From Sarajevo I’ll most likely fly to Berlin again. I wanted to re-visit because I’ll only have two days there with my grandpa in September and it’s a city I really want to spend at least a week exploring. From Berlin I’ll fly to New York (I got a super cheap flight with Norwegian Airlines) where I’ll meet my Dad. We will spend five days in New York before heading to Mexico where we’ll spend the end of the month visiting Tulum, Valladolid and Mexico City.

I’ll have my Dad with me in Mexico until he flies out on the 12th. We’ll start the month celebrating the Day of the Dead in Oaxaca before heading to San Cristobal de las Casas, Palenque and Playa del Carmen. After my Dad leaves I plan to head to the nearby Mexican island of Cozumel where I’m hoping to finally complete my PADI diving course. I’ll then be able to put it to good use on the Belize Reef as I spend a week in Caye Caulker. After catching a bus back to Cancun, I’ll fly to Cuba. This island is already changing rapidly as American tourists are now legally allowed to visit, so I’m anxious to visit it before it changes forever. I’m planning on about 10 days there although it is not something I have locked in.

I’ll start my trip through Ecuador by visiting the Galapagos Islands. I’ve left myself almost two weeks there as I’m hoping with some flexibility I can save almost 50% on a week long island cruise by booking it last minute. Originally I planned on heading straight to Peru from the Galapagos but I’ve decided to make my way overland from Quito to Lima with stops in Banos, Cuenca, Mancora and Huanchaco. I’ll end the month by crossing a big one off my bucket list and spending a week at Tambopota Nature Reserve in the Peruvian Amazon.

I’m still deciding whethere I’m fit enough to take the four day hike to Macchu Pichu on the Inca Trail. I really want to do it but I’m not sure if I’ll be able to. If you have any advice please comment below! Regardless I plan on spending a little bit of time in Cuzco before exploring more of Peru. Arequipa, Colca Canyon and Puno are all on my list. I’ll then head to Bolivia where I plan on making it to La Paz, Sucre, Potosi and the Salt Flats. By the end of the month I plan to be in San Pedro de Atacama at the very tip of Chile.

My mission for the first week of February is to make the long journey between San Pedro de Atacama and Buenos Aires. Stops in La Serena, Valpariso and Mendoza seem like a good way to break up the journey. With only three and a half weeks to make it all the way to Rio in time for Carnivale I’ll need to move relatively quickly.

I plan to head to Rio from Buenos Aires via Colonia, Montevideo, an Estancia stay in Uruguay, Iguazu, Paraty and Ilhe Grande. Whilst the pace isn’t idle, given this my last month before heading home I’m not too concerned about feeling worn out by the end of February. After finishing the month celebrating Carnivale I’ll catch a flight from Rio to Melbourne on the 1st of March.

I’m flying via Dubai which means that I’ll be in transit for more than 40 hours to finally get home to Melbourne (including a 9 hour stopover in Dubai). Luckily enough I had enough points to get the whole flight in business class for just $90 AUD in taxes!

Will the trip be over?

Perhaps the biggest news I have for you all is that I don’t plan on stopping the epic adventure in March. At this stage I’ll spend March-June in Melbourne completing semester one before I’ll start the trip back up again at the end of June.

Whilst I was in Florence I completed a two month study program with the law faculty of my university. Lucky for me, they also offer this program in Malaysia with even more financial incentives to go. At this stage, I plan on spending July and August participating in this program in Kuala Lumpur . I’ll then have completed enough units to take Semester 2 off again and keep travelling.

Where I’ll go after Malaysia will all depend on the money I have leftover from this trip I’m currently on. My ultimate dream is to spend two months doing an overland tour through Africa but that doesn’t come cheap. If the budget is a little more tight it makes more sense to spend the last 4 months of 2017 travelling through Asia. Whatever I do, I’ll have to be back for Christmas that year or I fear my mother may kill me.

Of course Malaysia is a long while away, I might return from Rio feeling like I never want to travel again. But that’s unlikely!

If you have any advice for any of these destinations or our travel plans match up and you want to meet up please comment below or contact me at adventureliesinfront@gmail.com.