Visiting Chichen Itza Without a Tour: How to Explore This Mexican Wonder of the World 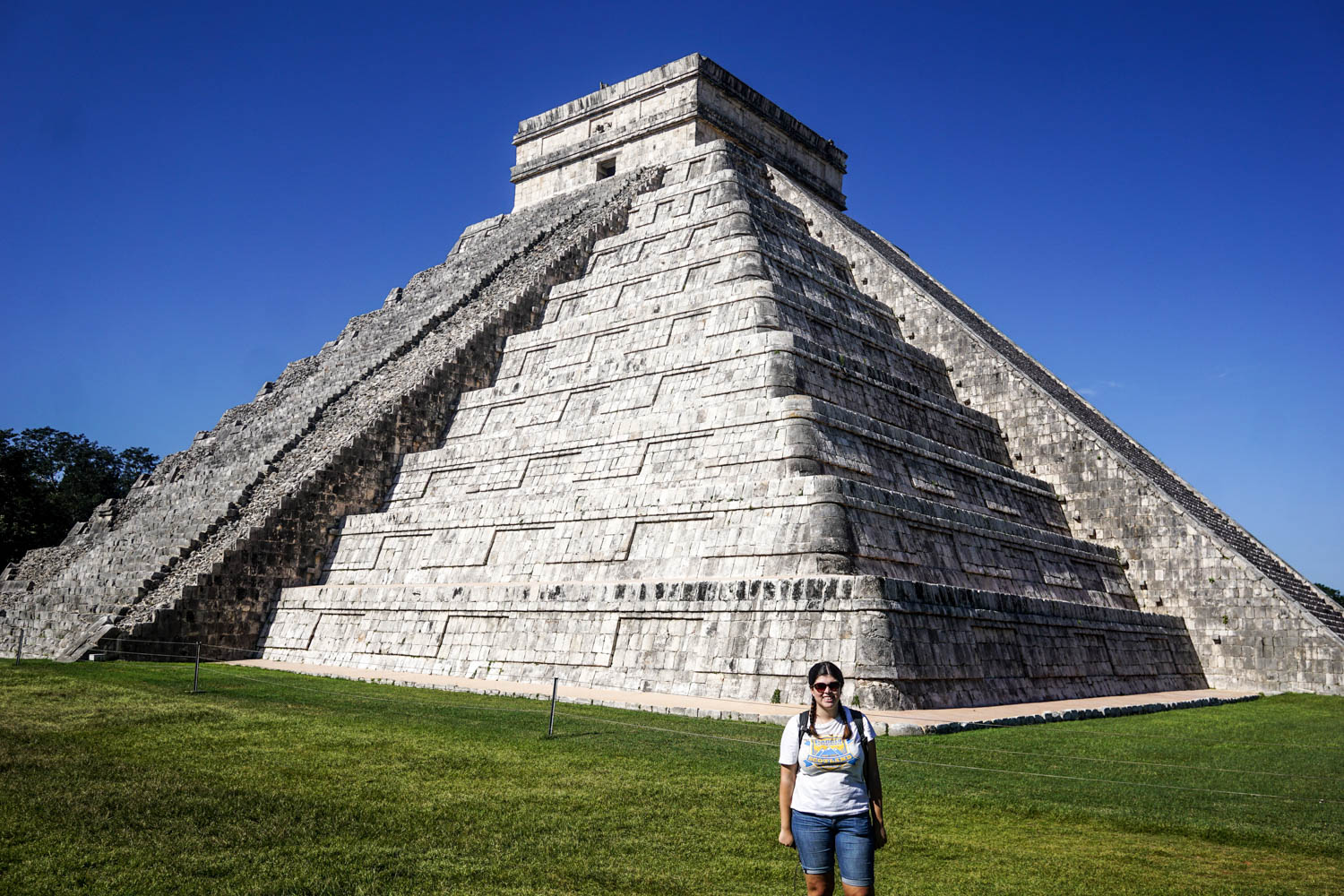 Mexico (and the rest of Central America from what I’ve been told) is full of Mayan ruins that are thousands of years old. All of them are an amazing testament to a world that was unfortunately lost when Spanish colonists invaded their land. And each ruin is so breathtakingly spectacular.

There are so many ruins that backpackers travelling through Mexico and Central America often describe themselves as having ‘ruin fatigue’. It’s the same as ‘temple fatigue’ in SE Asia or ‘cathedral fatigue’ in Europe. Basically, you have seen some many ruins that they all start to blend into one.

But I’m sure you could have seen thousands of Mayan ruins and still been blown away by Chichen Itza. There is a reason why it was chosen as one of the 7 New Wonders of the World.

Chichen Itza is a Mayan city that was built around 600 AD, most definitely by slaves that the city had captured after military successes. The site was lost under the jungle and forest that grew over it after it was abandoned by the Mayans who apparently fled after predicting the arrival of the Spanish.

Today it has been painstakingly restored to give visitors some indication of the thriving metropolis that it once was. If you are at all interested in history, if you like pretty buildings and if you are interested in learning more about the long history of Mexico then you need to add Chichen Itza to your plans.

How to Visit Chichen Itza- Tour or Independently?

Being one of the most popular tourist attractions in Mexico, there are lots of ways to arrive and leave from Chichen Itza.

Of course, there is always the option of hopping on an organised tour offered from pretty much every nearby tourist town including Cancun, Tulum, Playa del Carmen and Merida. But be prepared to be ferried around the site with hundreds of other tourists. All of the tour buses seemed to arrive at the same time and I’m not sure being in a tour group would be the best way to enjoy the site.

The other (and in my opinion best) way to visit the site is to do it independently. You can arrive on one of the numerous bus connections from any of the nearby cities including Valladolid and Merida. Just check out the ADO bus website for connections and time. It’s easy to use. You could also squeeze Chichen Itza in while on your way from one destination to another. There are lots of storage lockers on the site so it would be very easy to arrive on a bus from Valladolid and then leave on another to Merida.

We had a car so we just drove to the site and took advantage of the parking on site. Whether you are arriving by bus or car, the most important thing is that you arrive early. The site opens at 8am and in my experience, it doesn’t start to get super busy until around 10-10.30am. We arrived at 8.30am and managed to see the whole site without the swarms of tourist that seemed to be arriving when we were leaving.

Entrance fees to the park are around 250 Mexican pesos ($12 USD) each. We then spent another 300 Mexican pesos each (600 in total) to hire a private guide. There are plenty of them waiting at the gate when you arrive and we ended up picking a lovely old Mexican man who was very knowledgeable about the site.

I think hiring a guide is super important because you get to learn so much about the site itself and the history behind it!

The site of Chichen Itza is big but not gigantic. A couple of hours is plenty of time to see the site, even with a guide that is filling up most of that time by explaining the significance of all the buildings.

Some of the most notable parts of the site include the Ball Court which used to the be where the Mayans would play their version of a ball game. Pitz, as it is called, involved players having to get what was usually a large ball made of solid heavy rubber through one of the hoops attached to the side of the courts. The game was so difficult that the first team to score the goal was declared the winner. Most historians, from exploring the stories depicted on the side of the Ball court in engravings, posit that the captain of the losing team was sacrificed to the Gods for his team’s loss. Others think that maybe captives would often be sacrificed in the captain’s place.

The Ball Court would have once been the centre of social life in the Mayan city of Chichen Itza. A close inspection of all the intricate engravings gives some indication of how it might have looked in all its former beauty. But what I found most amazing about the Ball Court was that it was designed so that noise can travel from one side of the huge court to the other. Referees needed to pass messages to each other and the acoustics of the court allowed for this with a series of echoes. We tried it out ourselves and I was amazed at how well it worked!

There were many temples and parts of Chichen Itza that I also enjoyed wandering around and snapping photos of. Although I can’t say I could name them or explain the history of all of them. There is only so much history that I could take in in such a short time, so mostly my memory and my photos focused on the most significant parts of the city.

Of course, the most incredible part of the site is the El Castillo or the Temple of Kukulcan. Any iconic photo of Chichen Itza is of this temple that has been restored to all its former glory. In the interests of protecting the structure and safety you are no longer able to climb it. But really the best part of any visit to the temple is the opportunity to test the acoustics! Much like the Ball Court, the temple was designed with sound in mind. If you stand at a certain spot, on the foot of the stairs and clap your hands the sound travels up and through the temple chamber at the top of the temple and returns a sound that is meant to be the sound of the Quetzal bird. It really does sound like a bird too! It’s hard to imagine exactly what it must have sounded like when tens of thousands of people were clapping at the steps of the temple.

They specifically refer to this sound as the sound of the Quetzal bird because the famous god of the Mayans, to which the whole site is devoted is Quetzalcoatl. He is often depicted in snake form, and you’ll find representations of him throughout the site!!

I don’t want to give too much more history away in the interests of keeping this post short and because it will be more magical if you hear it for yourself when you visit! But I really could write all day about how incredible Chichen Itza is.

Many famous tourist sites are often dubbed overrated. And maybe you’d think that of Chichen Itza if you arrived at around 11am in the middle of high season and had to struggle past the hoards of other tourists. But my visit was simply perfect. We got our own private guide, we arrived early before all of the tourists buses, and we got to cool off for a swim at a nearby cenote afterwards.

If you are driving I’d definitely recommend a stop off at Cenote Ik-il. It’s a beautiful place for some cliff jumping and the cold water was so welcome after the heat of exploring Chichen Itza!

Where to Stay to Visit Chichen Itza?

As I’ve mentioned above, Chichen Itza makes a great day trip from a range of nearby cities. We stayed in Valladolid at Hostal Tunich Naj and found it a very affordable and nice option for a short stay in the city.

Regardless of whether you decide to base yourself in Valladolid, Tulum, Merida, Playa del Carmen or Cancun, you’ll find a range of affordable accommodation options on Booking (my personal favourite platform for making overseas accommodation bookings) and some awesome and unique spots on Airbnb. If you haven’t used Airbnb before make sure to you my referral link to save some cash on your first booking!

Comment below and I’ll try my best to answer them.

A Day in Valladolid, Mexico