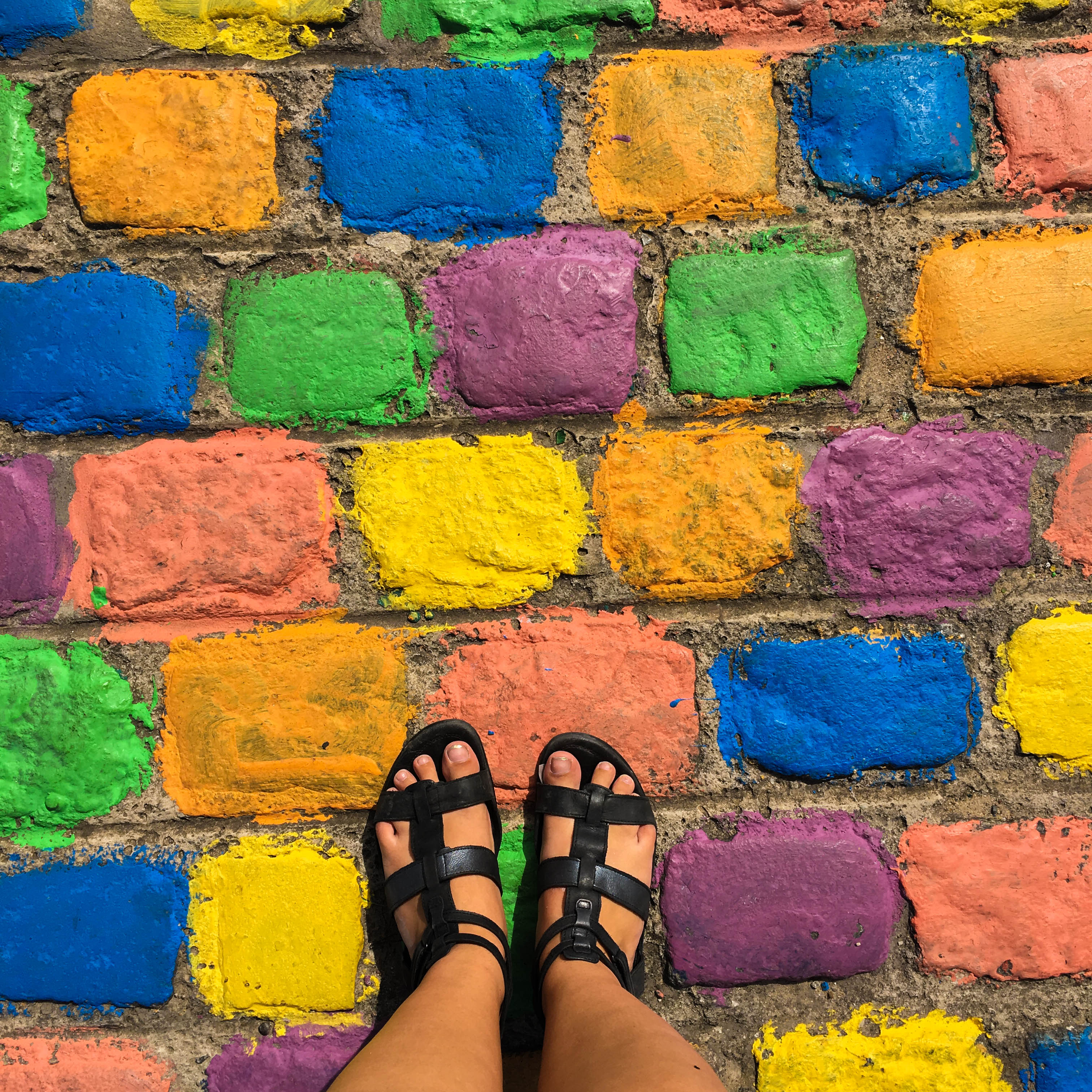 After spending a full month in Peru I found myself having to increase my South American travel pace to ensure I’d make it to Rio in time for Carnivale. This meant that in Bolivia and Chile I was lucky to spend more than a day or two in each place.

So it was a relief to spend six full days in Buenos Aires, to not have to move on so quickly and to get to know a place a bit better. The reason for my long stay in the city was an administrative one. I needed to get my Brazilian visa organised before I headed to Iguazu Falls on the Argentine/Brazilian border. And it took a couple of working days to process.

Hence, I had a chunk of time to explore Buenos Aires. Lucky for me Buenos Aires has so much to offer and I never ran out of things to do. It soon became my favourite capital in South America for more than a few reasons.

1. Parilla and other delicious things

Of course, I wasn’t going to write a post about Argentina’s capital without food being one of the major reasons I loved it so much. Compared to the 11 months I spent in Europe, I had found South American cuisine to be uninspiring. There were a few exceptions such as Peruvian ceviche and empanadas. But most of the time I carried around a bottle of chilli sauce with me to alleviate the flavour of the very bland combination of beans, rice and protein (usually chicken).

Argentina, particularly Buenos Aires was another exception. I was lucky enough to be travelling with a guy that had lived in the city for six months already so he took us on a food journey across the city to some of his favourite places. One of the stand out dishes was of course Parilla, Argentine barbecue consisting of lots of delicious meats including sausage, blood sausage, chicken, steak and potatoes. Another absolute highlight for me was this hole in the wall fried chicken place where I got an incredible fried chicken sandwich.

Argentine food and wine go hand in hand. We started our Argentine wine journey in Mendoza, where majority of the award-winning wine is made. This continued in Buenos Aires as we ordered a different bottle of wine with every meal. Or stopped to split bottles of wines and people watch at bars. We soon realised that Malbec was our absolute favourite.

The colourful streets and houses of La Boca make it Buenos Aires’ most famous neighbourhood. It’s an interesting comparison because outside of the touristy areas La Boca is a very impoverished and somewhat dangerous area of the city. But of course, it’s also one of the most visited by tourists.

We made sure to stick to the touristy areas and had an awesome afternoon exploring the colour and culture of the area. My favourite part of La Boca was stopping for a bottle of wine and watching the mix of people walk past while listening to the tango music blasting from a nearby dance bar.

After visiting Palermo, I deeply regretted staying at the famous Millhouse hostels in the city centre of Buenos Aires. Millhouse was recommended to us by almost everyone but in comparison to the other amazing hostels we had stayed at in South America it wasn’t spectacular. The parties felt like high school discos and the staff weren’t overly friendly. Worst of all is the location as we found ourselves continuously paying for ubers to the Palermo area which is home to some of the best bars, clubs and restaurants in the city.

This is a neighbourhood where a lot of expats in Buenos Aires live and it was my favourite part of the city. I loved just wandering around this neighbourhood in the early evening as it came alive with people drinking at the bars or grabbing an early dinner. Palermo is a great glimpse into the eating, drinking and socialising culture of those that live in the city.

5. The partying and clubs

After four continuous months of salsa music and reggaeton, the club scene in Buenos Aires was a breath of fresh air. BA is home to some of the best techno and house music clubs in South America and we spent more than one awesome night dancing the night away with a mixture of random locals we met along the way.

I soon discovered that the techno and house music scene in Buenos Aires is very much a gay scene. One of my favourite nights out in the city was a Thursday night we spent at Club 69, a semi gay bar that managed to combine raving and techno music with an awesome cross-dressing and transsexual show on stage. The music here is incredible and it is the place to be on a Thursday night no matter your sexual orientation.

Whatever your music taste, there is sure to be a pumping club in Buenos Aires that will satisfy it.

The riverside very close to the city centre was the other part of the city I managed to explore. February was the perfect time to be in the city and we enjoyed the sunshine while walking along the promenade beside the river, stopping for delicious ice cream and other food that took our fancy. The riverside is a small glimpse into the trade and boats that used to move through the capital.

It is not very often that I put a cemetery on a list of reasons I loved in a city. But La Recoleta Cemetery, which shows the way the people of Buenos Aires celebrate and mourn their dead love ones, is a must see. The cemetery is full of huge and elaborately styled tombs that house generations of the wealthiest families in Buenos Aires.

Some of them are considerably old, while others were welcoming new additions when we were visiting. We spent hours wandering around the narrow pathways of the cemetery and marvelling at the array of different tombs and the ages of some of them. We even stumbled upon the very macabre sight of a skeleton.

Whilst the cemetery is a must see it is important to remember where you are and respect that. People still come to the cemetery to pay tribute to their loved ones so make sure you are not running around, shouting or taking photos of people’s private moments.

I try and get a tattoo for every new continent I visit and I had yet to visit a shop in South America. I had been saving it for Buenos Aires as I had been told that it was home to some of the best tattoo shops. In Argentina, tattoos are so popular in the younger generation that not having a tattoo is stranger than having one.

The three tattoos I already had were small, with the biggest one taking no less than thirty minutes under the needle. But I had something more ambitious for my South American tattoo. After a lot of research, I booked an appointment at Welldone tattoos in Palermo, one of the most respected shops in Buenos Aires. I soon discovered why when my tattoo artist took my idea and returned about 50 minutes later with a beautiful hand drawn sketch of the phoenix that was to cover my shoulder and half of my back. I’d been wanting a Harry Potter themed tattoo for a while and the phoenix accompanied with the deathly hallows seemed like the perfect addition to my body art.

After three painful hours under the tattooing gun I was incredibly happy with the result. My phoenix is easily my favourite tattoo and the quality of the work, particularly the line work, is the best I’ve ever had.

So if you are also looking to add to your body art while in South America, Buenos Aires and Welldone tattoos is the place to do it.

Did you love Buenos Aires?

Beyond Croissants: What to Eat in France