What to Do in Dubrovnik, the Jewel of Croatia 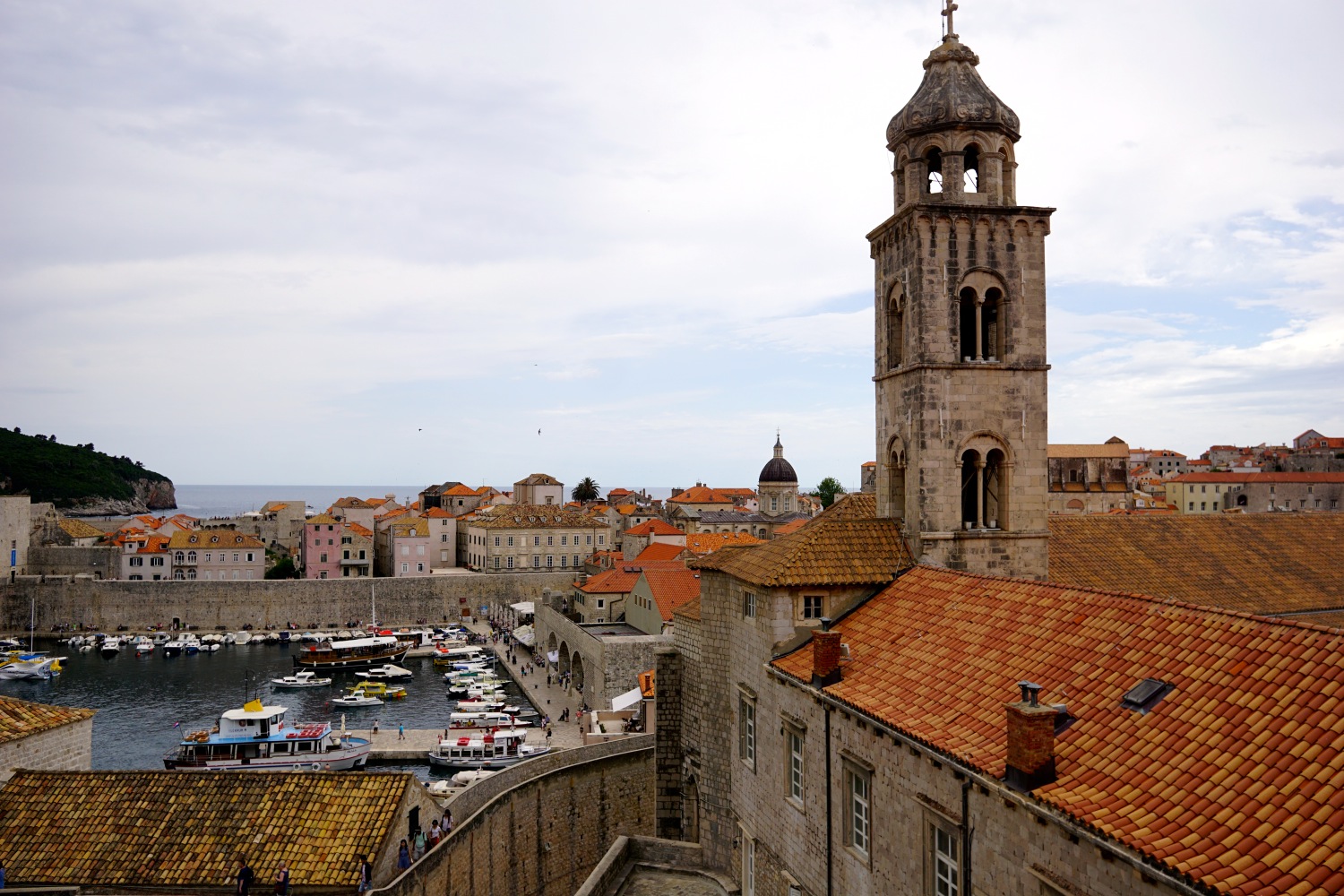 After 9 months in Europe, I’ve wandered around a lot of old towns. I’ve marvelled at the beautiful French towns of Albi and Carcassonne, took day trips to visit Segovia and Toledo from Madrid , fell in love with Bruges, hopped across the old towns of Bavaria and took so many walking tours that my feet ache.

But no old town has quite taken my breath away Dubrovnik did. I actually expected to hate Dubrovnik. Ever since it started to feature as King’s Landing in Games of Thrones, tourism has skyrocketed. I had imagined expensive prices, lots of tourists and tacky souvenir shops.

It’s true; Dubrovnik is swarming with tourists in the summer and it is more expensive than other parts of Croatia (but still cheaper than Western Europe). But it’s also incredible.

The minute I stepped through the old gate of Dubrovnik into the old town itself, I felt like I’d been transported to a different time. It’s quite simply the most well preserved old town I’ve ever seen. It’s not surprising Game of Thrones wanted to film here, it’s about as far from the 21st century as you could possibly get.

Despite the tourists and its growing popularity, Dubrovnik has an authenticity that is missing from many other popular parts of Europe.

My exploration of Dubrovnik was brisk and about as far from thorough as you could get. I’d originally planned to spend three days in the city but ended up having less than a full day to explore the city. I’ve got no regrets, when I decided to stay on and have fun in Hvar, I knew I was sacrificing time in other places. But it was all worth it, and I still got to catch all the highlights of Dubrovnik.

It definitely helped that many of the people I met in Hvar had just came to Dubrovnik, so I’d gotten lots of advice about what to see and do during my stay in Dubrovnik. The rest of it was just instinct.

My friend told me that walking the old walls of Dubrovnik was something I absolutely had to do while in the city. And I’m giving you guys the same advice now. Even if you only have a couple of hours in Dubrovnik, this is what you need to do.

The old walls of the city are so well preserved. I’ve walked plenty of walls in my time, but some characteristics of the Dubrovnik old wall made it extra special. There isn’t really a break in the wall- no crumbling, unpreserved part that you have to detour past. It’s also not one straight line or height- the wall juts up and down, following the natural pattern of the town.

Lastly, the Dubrovnik wall sits right on the coast- one whole stretch of the wall is basically built on top of the cliffside and all that you’ll find below is water.

It really is like something out of a fairytale. It’s also a fantastic way to see the city. The wall loops right around the old town and it’s tall enough that you can see most of the old town from it. I really liked that I started with the wall because it helped me plan the rest of my day.

But the wall isn’t for the faint hearted. It’s a long way, taking at least an hour and half, longer if you are like me and stop to take lots of amazing photos. It’s also lots of stairs, you’ll find yourself slogging up some stairs to tower, only to have to walk down again.

I usually have two different approaches to old towns. Sometimes I jump onto a free walking tour- which takes me to all of the most popular and beautiful places in the city and hopefully (if it’s good) describes the historical significance of said places. Other times, I decide to do things on my own, choosing to get lost in the narrow alleyways and wandering streets.

In Dubrovnik, I went with the second option which was the perfect choice. The wandering streets, the climbing staircases and passages, and the old street corners make Dubrovnik the perfect place to get lost in. It doesn’t take much to find yourself off the main path, and even find a small part of the city that you have all to yourself. Although I guarantee those spots exist when a cruise ship is town (luckily I had none).

My wanderings finished just in time for me to grab an early dinner (I’d skipped lunch) of squid ink and cuttlefish risotto and walk the thirty minutes back to my hostel before I got stuck in a Croatian downpour.

Other Things to Do in Dubrovnik

My friends suggested lots of Dubrovnik activities that I didn’t end up doing (mostly because I was having too much fun with them in Hvar). If I was a GoT fan (I’ve read the books, but haven’t got around to watching the series) I could have hopped on a Game of Thrones tour to see the specific filming locations in Dubrovnik. If I had another day, I probably would have kayaked outside of the city walls for a different perspective on the city. If I was feeling a little lazier, I might have just jumped on a boat to see the same view.

I most definitely would have packed my bikini and gone for a swim around the old walls. If I was feeling brave enough, I might even have tried cliff jumping. But only a small rock.

Dubrovnik is usually pretty experience to fly into. I instead flew into Zadar (a Ryanair airport) and made my way down from there. It’s easy enough to catch a bus from anywhere in Croatia, particularly Split, and also from nearby countries such as Kotor in Montenegro. I arrived on a ferry from Hvar that only runs once a day, and left on a bus to Kotor.

I stayed a thirty minute walk outside of the city walls at Anchi Guesthouse. It was owned by a sweet old Croatian lady who plied me with sweets. I felt like the exercise, but easily could have taken the bus. It was also located right next to the bus station, and a very short distance from the ferry terminal. So I never had to worry about walking into the town with my big backpack, only a daypack. I’d absolutely recommend this place.