What to Eat in Romania, A Surprising Mix of Food 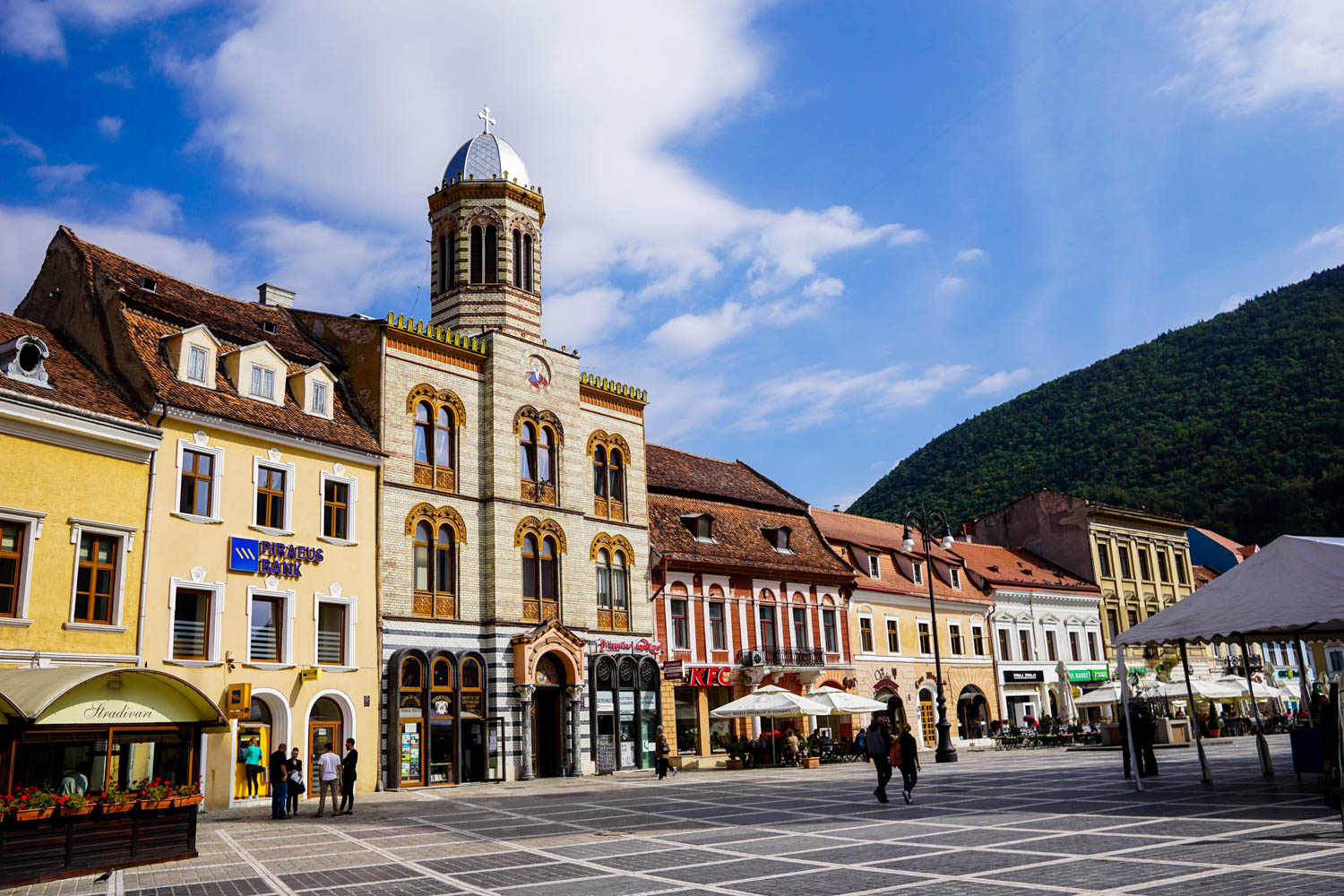 Talking about food that is specific to one Balkan country is difficult. This post on Romanian food is also, at times, a post about Balkan food. There are specific dish that every country in the Balkans will claim as their own, but really they are common to the whole region.

That said, there were unique dishes that I found in Romania but not in other Balkan dishes. And I enjoyed them just as much as the other dishes I had been eating all over the Balkans.

This is clearly one of those Balkan dishes. From Slovenia, all the way down to Greece I was eating this dish. In fact the first time I tried it wasn’t in Europe at all, but at home on the table after my Yia Yia had cooked them. I might be bias but I still think hers are the best!

Sarmale are stuffed cabbage rolls. It doesn’t sound super amazing but it is actually one of my favourite dishes. If cooked well the cabbage should be perfectly seasoned and then wrapped around a mixture of meat, vegetables and rice.

Whilst you’ll find this dish all over the Balkans, every country has a slightly different version in terms of what they serve it with and what they stuff it with. The Romanian version was one of my favourites, especially given that it was usually served with delicious mashed potatoes and home stewed bacon.

You’ll find these minced meat sausages all over the Balkans. My favourite are still the Slovenian version, mostly because they usually came with some sort of sensational sauce and in delicious bread. The few times I had these in Romania they were a little dry for my taste, but that could have just been the restaurant I was eating them in.

Polenta with Cheese and Sour Cream

This super cheap dish was one of my favourites in Romania. Cheese is melted over polenta and then a heap of sour cream is dumped on the top. It’s obviously incredibly rich but also incredibly delicious.

A lot of my friends I met in Romania didn’t care for it, but I think when you are dumping a heap of sour cream on anything it is almost always going to be delicious. It’s one of the ingredients I’m missing most during my travels in South America.

Although not truly specific to Romania I had to mention this one because I absolutely loved the meat and vegetable pies I ate in Romania. Romania still feels very medieval and in cities like Brasov you’ll still find medieval type kitchens. You get old school medieval dishes on ceramic plates and your wine will be served not in glasses but in ceramic jars. It’s an experience I always enjoy and the food is usually exceptional.

The best one I visited was definitely La Ceaun in Brasov. Their pie was amazing!

I really hated that I waited until my last day in Romania to try Zacusca. It’s a delicious dip made with primarily eggplant along with other additions such as tomatoes, onion and even peppers. The vegetables are all cooked but it is served cold and is super delicious when you slather it on bread. If I discovered it earlier I probably would have lived off it for my time in Romania.

When I ordered the Zacusca I also ordered this dish and found it equally delicious. It’s kind of like hummus but made with white beans instead of chickpeas. It’s a nice contrast to the richness of the Zacusca. A lot of restaurants that serve this dish will serve the two dips together and it’s a great starter.

Romanians love their pork, served in all sort of ways. At specific times of the year you might find whole hocks with beans and other special pork dishes. But standard is the pork fillet that you can order in almost every restaurant in Romania. It’s always cooked to perfection. But a word of warning- you do need to order sides separately in most places. I ended up with just a plate of pork!

These Romanian donuts are the only dessert to make my list. I’m sure there are plenty of other Romanian desserts- I saw some pretty good looking cakes in windows of bakeries. But every time I was faced with a dessert option I would just order Papanasi.

Papanasi are always served with a plum type jam or sauce and cream. The servings are also huge so its always best to split dessert with a friend!

I only spent a week in Romania so I’m sure there are lots of delicious dishes that I’ve failed mention. Comment below with them and I’ll add them to the post!