Wherefore art thou Romeo? A Day Trip to Verona from Venice 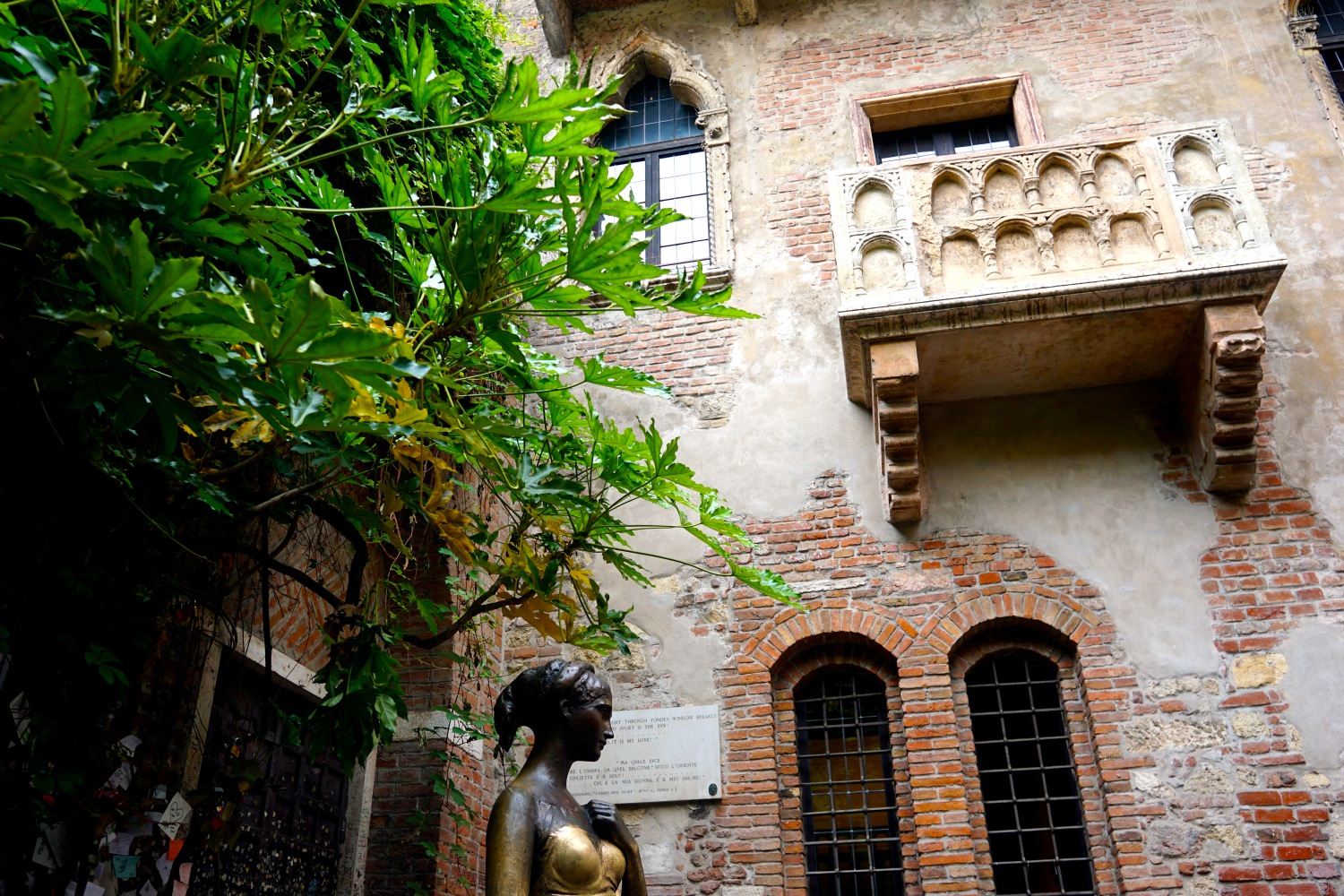 Tourism in Verona has a lot to thank Shakespeare for. The majority of people that add this Northern Italian city to their list do so because it is the setting of Shakespeare’s most famous play; Romeo and Juliet.

If I’m being perfectly honest- it was the reason I decided to visit.

But there isn’t a lot to see in the main city of Verona. If you don’t have plans to head to nearby Lake Garda, one day is certainly enough to experience this city and hit up all of the main sites

Hence if you don’t want the effort of lugging your luggage to another city just for a night, it makes perfect sense to see Verona as a day trip from Venice. This is sort of how my visit went, except I got the train from Venice to Verona in the morning and then headed straight back to Florence that night.

Getting the Train from Venice

Catching a train from Venice to Verona is super easy. Trains leave every hour or so and the local line costs €8.70 one and only takes just over an hour. You can check the timetables here, but it will be easiest to just buy a ticket when you arrive at the station.

The train station in Verona is located a little outside the old town that you’ll want to be visiting. Hence we jumped on one of the local buses into town. It’s easy enough to buy your bus tickets from the Tabacchi inside the train station and the majority of the city buses from outside the station will be heading in that direction. Just check with the bus driver when hopping on the bus.

If you are doing what I did and travelling on to another destination the same day there are also left luggage services at the train station.

As we arrived in Verona quite early it made sense to do the main tourist site first before the hoards of crowds and other day trippers from Venice took over. Clearly, the most touristy place in Verona is Juliet’s Balcony.

Without the context of the play its just a niceish looking Balcony that a million tourists are trying to take a picture of, in a courtyard that is covered in love locks, love letters, graffiti and even chewing gum.

Luckily I’m a Shakespeare fan so I could appreciate this place for what it is, albeit the fact that it is a major tourist trap.

My mum fell for said tourist trap hook, line and sinker. She went to the gift shop in the square and bought a Juliet’s Balcony mug and a Juliet’s Balcony key ring. I’m surprised she didn’t buy one of those love locks to put on the wall with her and Pasq’s name on it.

Whilst I wasn’t as enthusiastic as my mum, the massive book worm in me always has time for sites inspired by literature. Juliet’s Balcony, even with the swarms of tourists, was no different.

The best thing about Italy is the massive bell towers that offer awesome views over the city. Verona was no exception. I’m super unfit but usually I’m prepared for a bit of pain in order to get those pretty pictures from the top.

This time I wasn’t even faced with that dilemma because Lamberti Tower has an elevator to take you all the way to the top. We only had to climb the last couple of flights of stairs up to the very top.

The view, as from most bell towers, was pretty incredible. I always love to do the tower climb when I first arrive in a city as it helps me plan the rest of my time in the city. From the top of the Lamberti tower we were able to spot some sites to visit that weren’t already on our lists, and to find others that we intended to visit.

Piazza Delle Erbe and the Market

The Verona market is undoubtedly not frequented by locals. It’s not the type of market that I usually like to visit. I love going where the locals shop, communicating with them and struggling to order fresh produce or other products. The market in the square of Verona is definitely not one of those markets.

It’s more of the market that specialises in tacky souvenirs and flashy fruit cups that scream ‘buy me’.

But there is a certain charm in the square itself. It was buzzing with people and there was an interesting mix between old buildings that had been renovated into modern shop fronts.

I’m smart enough to not try stopping at any of the cafes and restaurants in Delle Erbe which are undoubtedly overpriced. But I was tempted to sit back with an Aperol Spritz.

This piazza is easily the most beautiful and most famous in Verona. We stumbled upon it on our way up the tower as the entrance is located directly on the square.

This used to be the civil centre of the city and the square is surrounded by old and historical buildings. But the hero of the square is easily the Dante statute hat has pride of place in the centre.

Adjacent to the square is one of the most surprising and easily my favourite part of Verona. Arche Scaligere refers to five Gothic funeral monuments. Essentially very very fancy grave stones. They are protected so we could only marvel at them from outside of the protected fences that surround them.

I love Gothic architecture; it’s easily one of my favourite styles. So I thought these were absolutely beautiful. They were so well preserved and the level of detail carved into them was incredible. It’s not something Verona is known for like Juliet’s Balcony, but for me it is the absolute must see of any trip to this city.

As far as Duomos go, the one in Verona is really nothing special. But my seven months in Europe has made be a bit of a cathedral snob. And once you have seen the Florence Duomo it’s pretty hard to find any other Italian Duomo to be as magnificent.

It might not be as well known or spectacular as the Colosseum but the Roman amphitheatre in Verona is still worth a visit. It’s located in Piazza Bra which is the part of the city where you’ll find the majority of the city’s Roman ruins. We didn’t go in to the amphitheatre itself, but rather sat in the square and ate gelato.

One of the Roman ruins worth specifically mentioning is Porta Borsari, which isn’t very far from Piaza Bra. This unassuming gate is still in perfect condition and I love the contrast between it and the modern buildings attached to and surrounding it.

Do you have anything to add?

I’m going to admit that after three days exploring Venice and drinking way too much Aperol Spritz we were very exhausted for our day in Verona. We definitely could have squeezed more into our day and there was probably more to see if we had looked hard enough, but I was more than happy to take it easy.

Hence I’m sure there is plenty missing from this list. Feel free to comment below with further suggestions!

Whilst Verona makes a great day trip from Venice, it equally makes a fantastic detour on the way to Lake Garda. I was so disappointed to miss this place- it is certainly on the list for next time.